The Simultaneity of Modernism

A dialogue of modernity, which can be experienced until nowadays

The Van Nelle Factory in Rotterdam and the Bauhaus Building in Dessau, the Master House Gropius and the Villa Sonneveld, the Dessau-Törten Estate and the Kiefhoek Estate – sample architecture in Rotterdam and Dessau, which arose over the borders of a parallel thought and understanding of the world with their history of ideas and design language.

The exhibition project “Simultaneity of Modernity” picks up the connection and the dialogue between Rotterdam and Dessau in form of an exhibition voyage. The focus lies on the personal and friendly connections between these two places of modernity, which both belong to the UNSESCO World Heritage.

In their language of forms, the factory complex of Van Nelle in Rotterdam and the Bauhaus building in Dessau along with the villas and housing developments in both cities have always vividly embodied an international dialogue of Modernism in all its diversity. The buildings no longer symbolise the revolutionary avant-garde of the early 1920s. They are prototypes of the so-called international style, which started to assert itself as of the mid-twenties and is popular today as “Bauhaus style”.

However, the protagonists of the buildings in Dessau and Rotterdam were interested in more than just a new architectural style. Their designs were based on a new perception of a world shaped by industrialisation. New work, production and distribution processes were permanently changing people’s lives. Nevertheless, besides the enthusiasm for these innovations, capitalist exploitation and social grievances were the universal signs of the times.

Whether factory or school, villa or worker’s home, the modern buildings in Rotterdam and Dessau promised a way out. They would qualitatively redefine the relationship of work and home, urban environment and lifestyle. In this process, the existing divisions between entrepreneurs, creative people and workers would not be principally put to question – on the contrary.

In 1996 and 2014, the UNESCO declared the two urban beacons of the Bauhaus building and the Van Nelle factory to be World Heritage Sites. In 2016, these buildings jointly celebrated the ninety years of their existence and the revival of an old friendship. 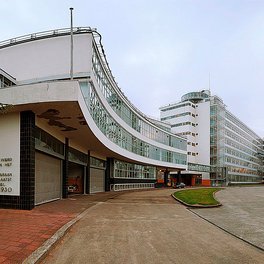 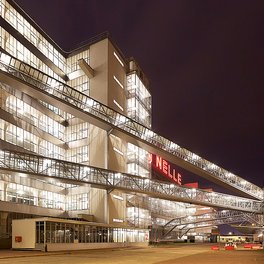 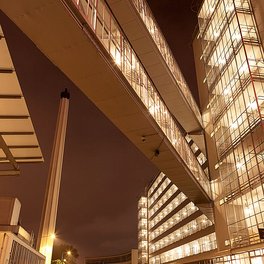 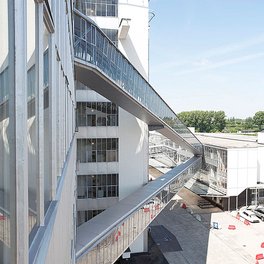 An exhibition project in cooperation with the platform “Stichting Werelderfgoed Van Nellebabriek & Platform Rotterdam 100 jaar Modern!” – under the patronage of the Embassy of the Kingdom of the Netherlands.

Every three years the “Triennial of Modernism” brings modern architecture into the public eye, the point of departure being the UNESCO World Heritage Sites in the three classical Bauhaus cities Dessau, Weimar and Berlin.

From 8 October 2016 to 19 February 2017, the exhibition "Bauhaus Dessau - Branding Rotterdam" will be on display in the prestigious Chabot Museum in Rotterdam.