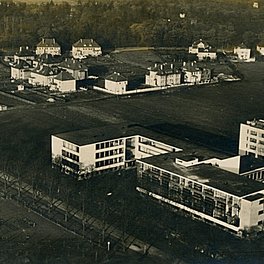 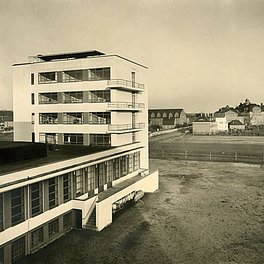 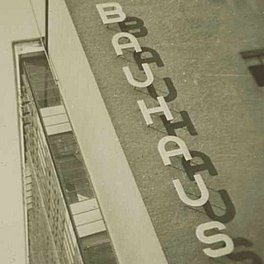 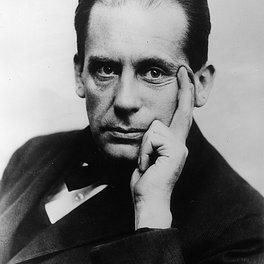 The design is a further development of an idea that Gropius had previously realised (pre-WWI) with the construction of the Fagus factory in Ahlfeld an der Leine. In both buildings a glass facade on the load-bearing framework allows a view of the interior workings. In the workshop wing in Dessau this provides clear view of the constructive elements. The design does not visually amplify the corners of the building, which creates an impression of transparency. Gropius designed the various sections of the building differently, separating them consistently according to function. He positioned the wings asymmetrically; the form of the complex can thus be grasped only by moving around the building. There is no central view. 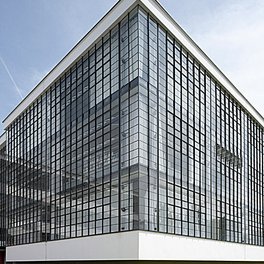 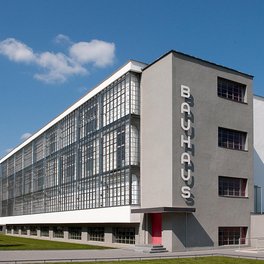 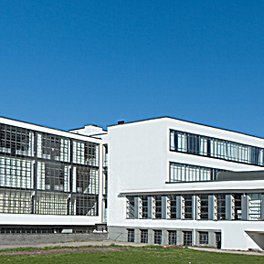 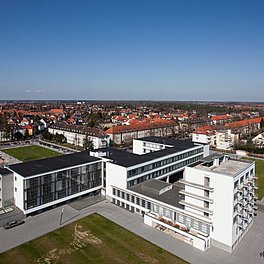 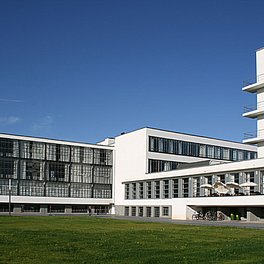 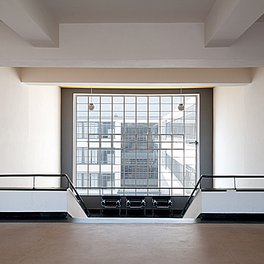 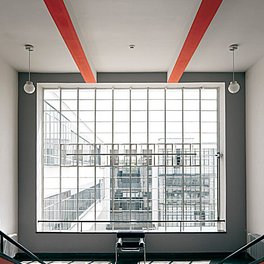 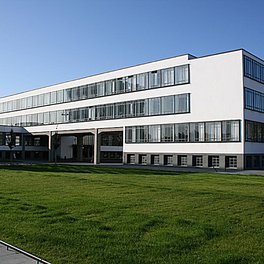 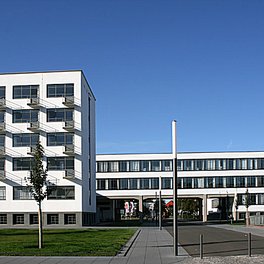 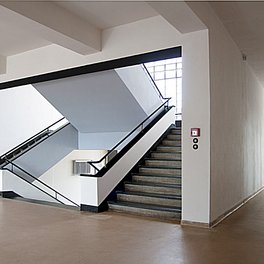 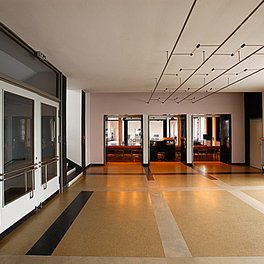 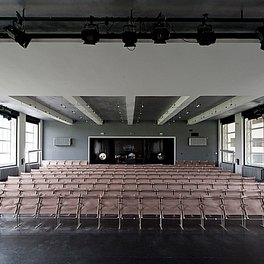 Space for students and junior masters

The main elements of the complex are the glass-fronted, three-storey workshop wing, the likewise three-storey building for the vocational school and the five-storey studio building. The workshop wing and the vocational school are connected by a two-storey bridge which was used for administration purposes. Gropius’s private office was also located here until 1928. The workshop wing and the studio building are connected by a one-storey building in which the so-called festive area comprising auditorium, stage and canteen is located. The studio building housed students and junior masters in 28 studio flats, each measuring 20 m2.

The predominantly white facades of the complex form a perfect foil for the dark, imbedded glass windows. Internally, the construction of the building is highlighted by different colours on load-bearing and non-load-bearing elements. In 1932 the school of design was forced to close as a result of pressure from the National Socialists, who had emerged victorious in the municipal elections. During the war the complex was bombed, and the damage was at first only provisionally repaired. The building was then listed in 1972 and restored for the first time. Extensive renovation measures followed after the Bauhaus Building was awarded UNESCO World Heritage status. These were completed in 2006. The fact that it is once more a vibrant centre for experimental design, research and education is to be credited to the Bauhaus Dessau Foundation, which was founded in 1994 and is committed to preserving, researching and passing on the illustrious heritage of the Bauhaus.