Exhibition of the Bauhaus Lab 2016 in the anteroom of the Director‘s Room in the Bauhaus Dessau.

On August 4th, the Bauhaus Lab presented the conclusions of its research into the journey of Walter Gropius‘s desk in exile. The exhibition will be on show in the anteroom of the Director‘s Room in the Bauhaus Dessau, where a replica of the desk has stood for some years now, until the 90th anniversary of the Bauhaus buildings on 4 December 2016. 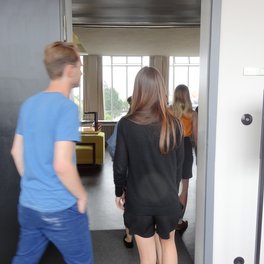 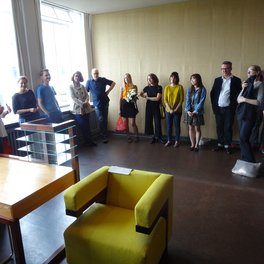 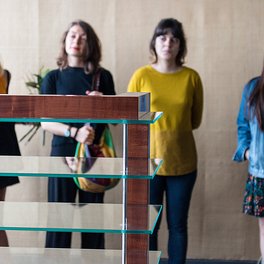 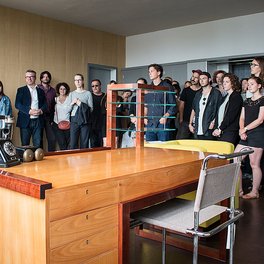 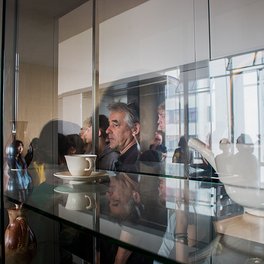 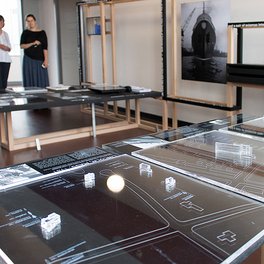 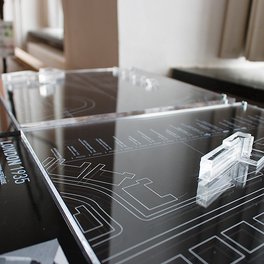 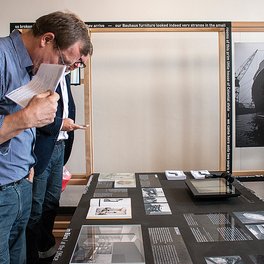 The Bauhaus is a migrant, one that influences modernism in architecture, design and pedagogy worldwide. In the Bauhaus Lab, young people research the transnational movements and exchange processes of the Bauhaus from the perspective of a globalised present.

This year the eight international participants (curators, artists, film makes, architects and designers) followed the transatlantic journey of Walter Gropius‘s desk in exile. From Berlin to London, from London to Lincoln, Massachusetts: the three-month postgraduate Bauhaus Lab resembled an international search for traces in archives and libraries, in homes and museums. A journey that taught the participants that being „on the move“ means a reinvention in various changing locations, also for an object such as a desk. The original desk, designed in 1923 as part of a Gesamtkunstwerk for the first public Bauhaus exhibition in Weimar, remains in Lincoln to this day in a children‘s room in the American home of the Gropius family. It shows signs of its long journey: its current condition testifies to the passage of time over the twentieth century. The glass top is missing, water and paint have left stains on the cherry wood grain and knobs to open the drawers compensate for the lost keys.

The Lab‘s participants united the findings of their research trip in an installation so that the history of desk‘s journey into exile, which shares common ground with today‘s world marked by migration and exodus, is brought to life.

Talks around the desk 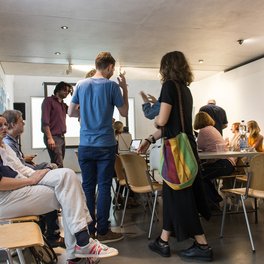 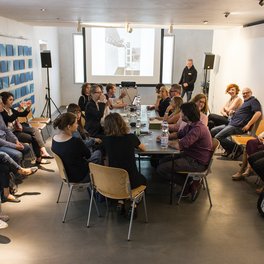 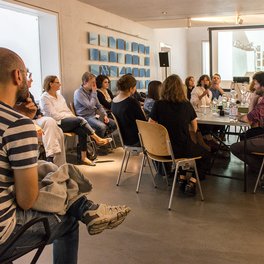 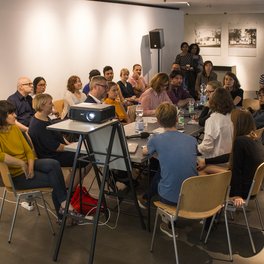 The opening of the installation was accompanied by readings, talks, films and travelogues focusing on the journey of the celebrated desk, held in the Gropius House.